Where are we missing biodiversity data?

A hunger map is a map of missing biodiversity data (a biodiversity data gap). The main challenge with hunger mapping is proving that a species does not exist but should exist in a region. Hunger maps are important because they could be used to prioritize funding and digitization efforts. Currently, GBIF has no way of telling what species are missing from where. In this blog post I review some potential ways GBIF could make global biodiversity hunger maps.

With the checklist approach one simply compares GBIF occurrence data with a list of species that should be in the country (or area). This is the gold standard of hunger mapping and should be the preferred method if a checklist exists. 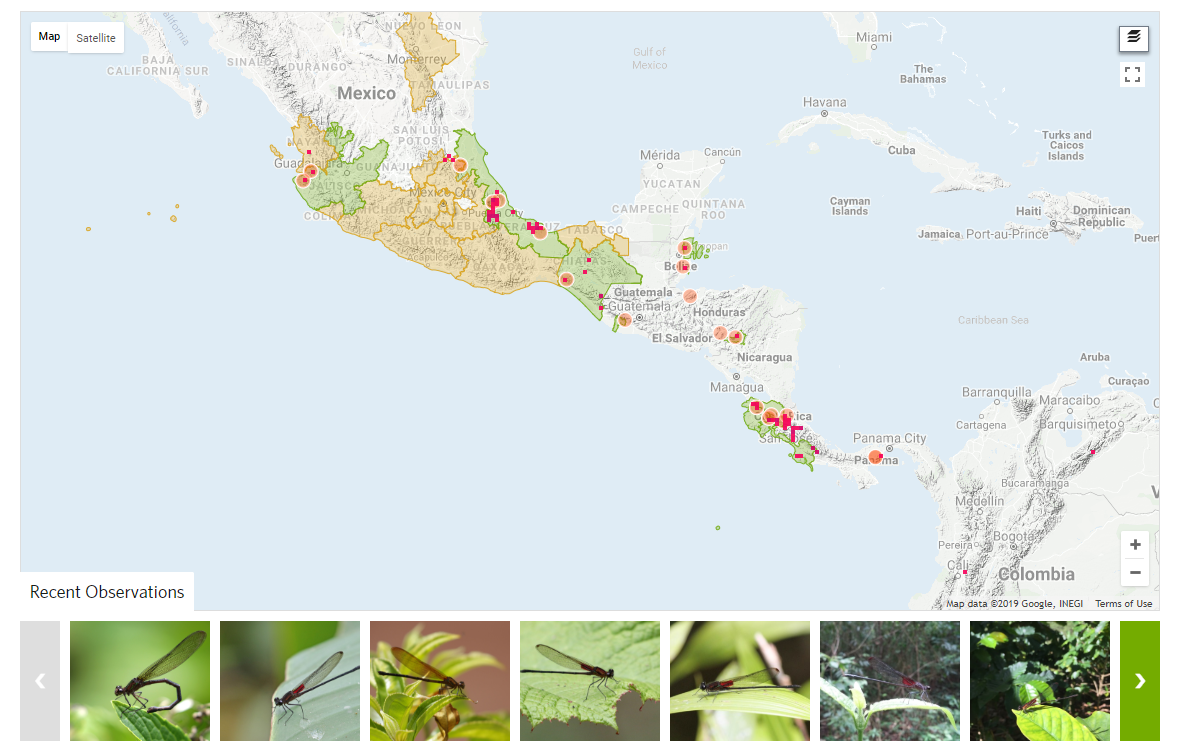 Here we see iNaturalists approach to hunger mapping. All checklists seen on iNauturalist are user supplied, meaning that a checklist is created for a region by using the same data that the observation is based on.

“Every place has a default check list, and whenever an observation is made within the place’s boundaries and it has achieved research-grade status, the species observed will get automatically added to the place’s check list.” – source

Here are some examples of some regional checklists published on GBIF:

While well-curated regional checklists are the gold standard of hunger mapping, they are very hard to organize and use. Another approach would be to generate species denisty maps through statistical modelling. 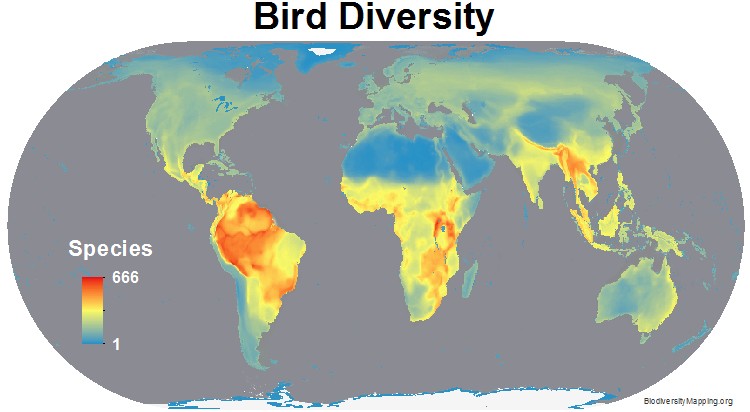 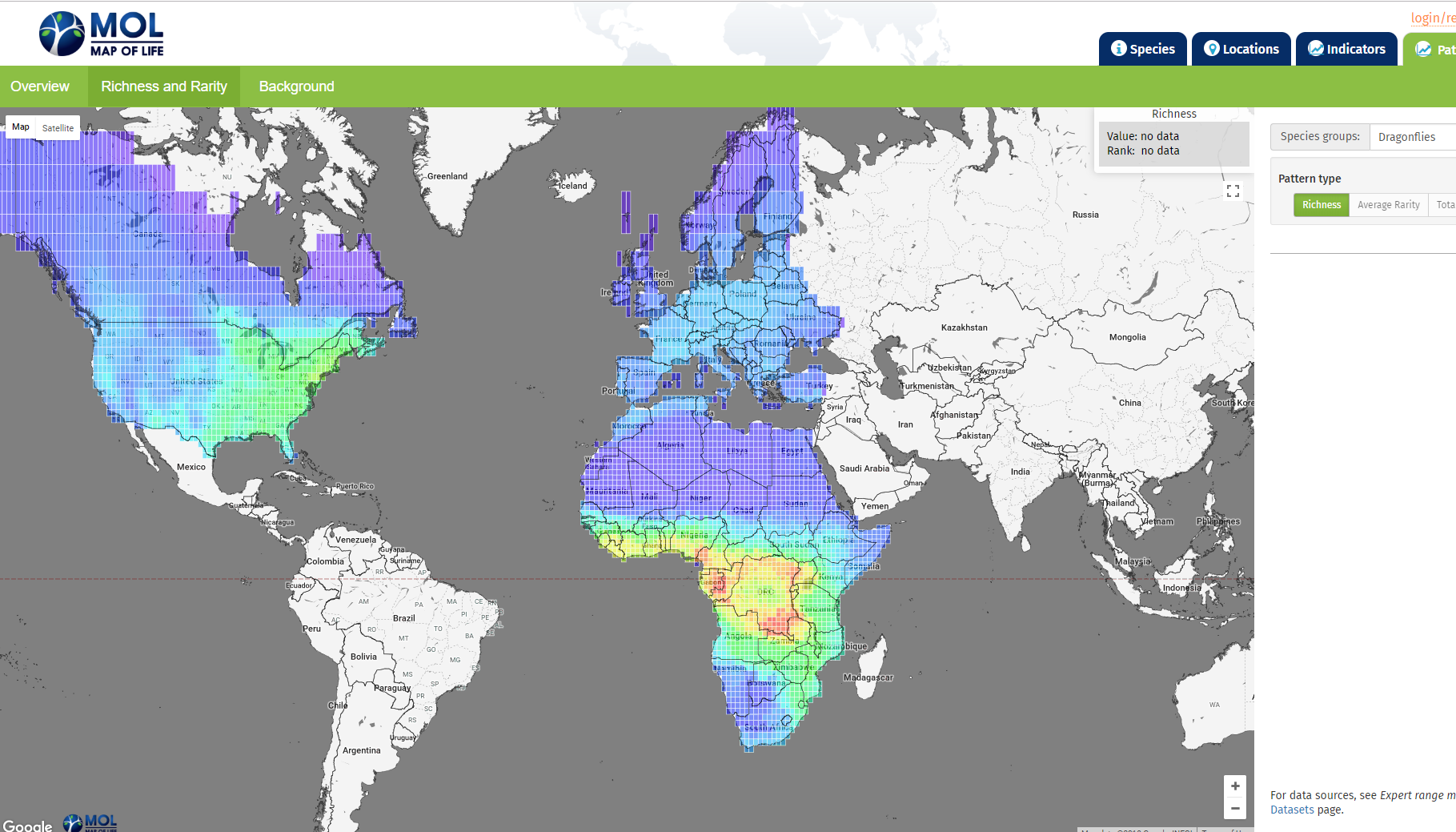 Below I plot the global genus counts of animals (kingdom Animalia) by country according GBIF occurrence data. On this map the United States has more animal genera than Brazil, and Iceland has similar animal genus counts to most African countries. Obviously one can infer there are likely large data-gaps present on this map without needing a checklist from each country. 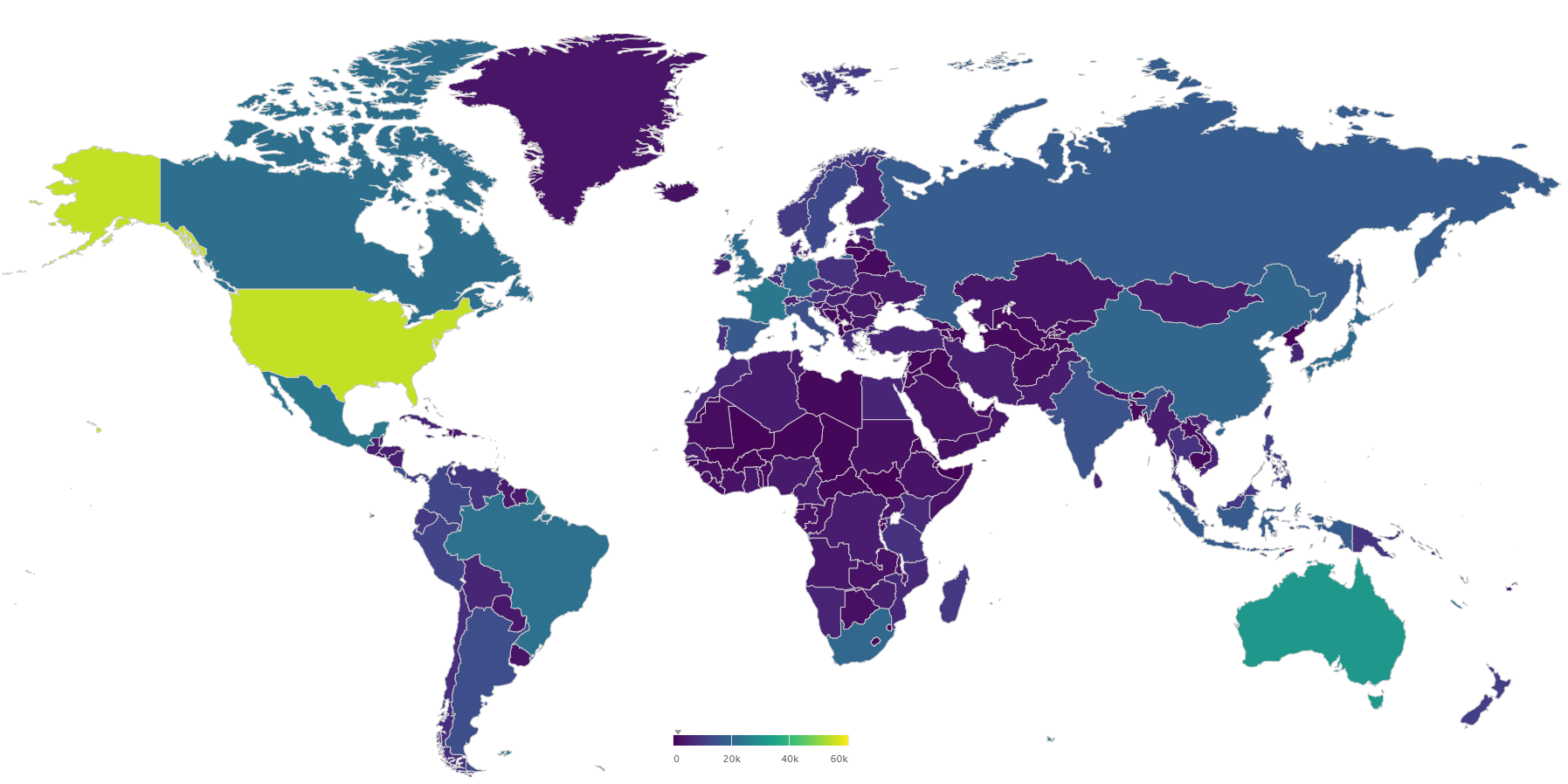 Often an expert only needs taxon counts from a certain area to be able to judge if a data gap is present or not. Additionally even non-experts would be able to guess that DR Congo should have greater than two times the animal genus count of Iceland. 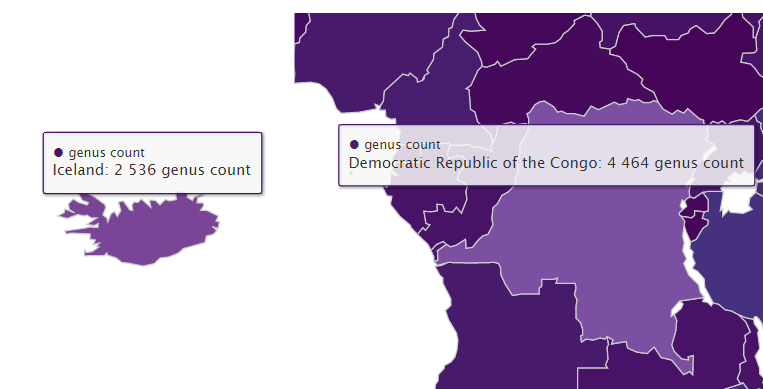 Below I link to some interactive genus count maps. These maps should be used for illustration and comparison purposes only, since counting taxonomic units is a hard problem even at the genus level. The numbers might very much inflated by duplicates and synonyms (or other issues). In the maps above I have not run any quality controls like excluding extinct species and synonyms. Still the maps broadly highlight where the GBIF network might be hungry for data.

One issue that will effect any method is species counting. How to divide species will always be controversial. So even if we have a checklist or a model prediction of a species count this will need to be reconciled somehow with the GBIF backbone.

“We are currently working with Catalogue of Life and other partners to try to deliver a more seamless and complete working checklist of all species but, right now, our view of the available data includes hundreds of thousands of scientific names which may or may not be accepted species.”
– GBIF’s statement about species counts

Even for common species like the European herring gull (Larus argentus) there are 15 unique names. Some of these names are subspecies names but some are simply duplicates. Cleaning up names for something less common than a seagull will be even more difficult. 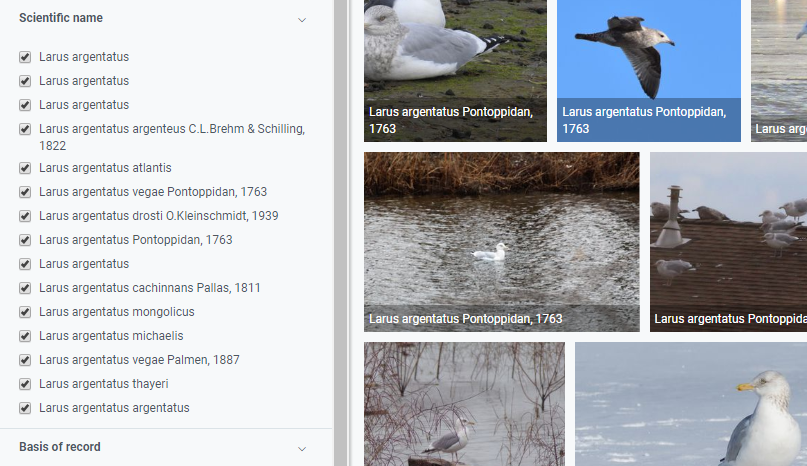 Hunger mapping would be greatly aided by well-curated and clean dataset of regional checklists. Unfortunately, checklists datasets are currently very disorganized. Even if a checklist for a certain group exists in one region does not mean it will exist in another region. In the future GBIF occurrence datasets may act as default checklists.

Still with a little bit of domain knowledge and some common sense we can roughly map where we probably want to prioritize funding in the future. Looking at the animal genus counts of the countries in Asia and Africa, shows that the BIFA and BID projects are money well spent.